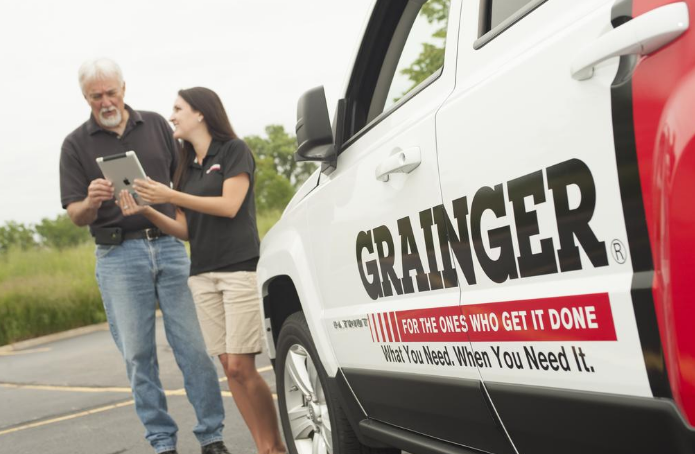 An Illinois-based Fortune 500 company is looking at Louisville for a major distribution center that would cost more than $250 million.

According to the KEDFA filing, W.W. Grainger (NYSE: GWW) is a business-to-business distributor of maintenance, repair and operation supplies, and it could purchase land for a new distribution center.

The company already operates retail operations in Lexington and Louisville, but this would be the first distribution center for the company in the state, Jack Mazurak, communications director for KEDFA, said in an interview.

The filing shows that W.W. Grainger’s total investment could be $273 million, which would include $29 million for the land purchase, $82 million for building construction, more than $150 million for electronic processing and other operating equipment, and $6 million in startup costs.

The filing did not disclose a possible location, and Mazurak said the company has not disclosed a projected jobs estimate to the state. The tax incentives approved Thursday would allow the company to recover costs toward construction materials and building fixtures rather than taxes generated from the jobs created.

Joe Micucci, director of external affairs for W.W. Grainger, said the company is looking to place the facility on Minors Lane. He did not say how many acres the company will need or whether it has the property under contract.

And, he said in an email, “it’s projected that construction wouldn’t be completed until about mid-to-late 2020, so we are not sure on the number of potential jobs at this point.”

According to the company’s website, W.W, Grainger specializes in the distribution of a wide array of products, including electronics, vehicle maintenance equipment and hardware tools. It also carries outdoor home and camping equipment, HVAC and refrigeration equipment and lighting supplies.

The company was founded in Chicago in 1927. The KEDFA filing states that the company has about 3 million customers worldwide.

Mazurak said bringing the company here would be huge for Kentucky, and he believes the number of jobs created by the distribution center would be significant.